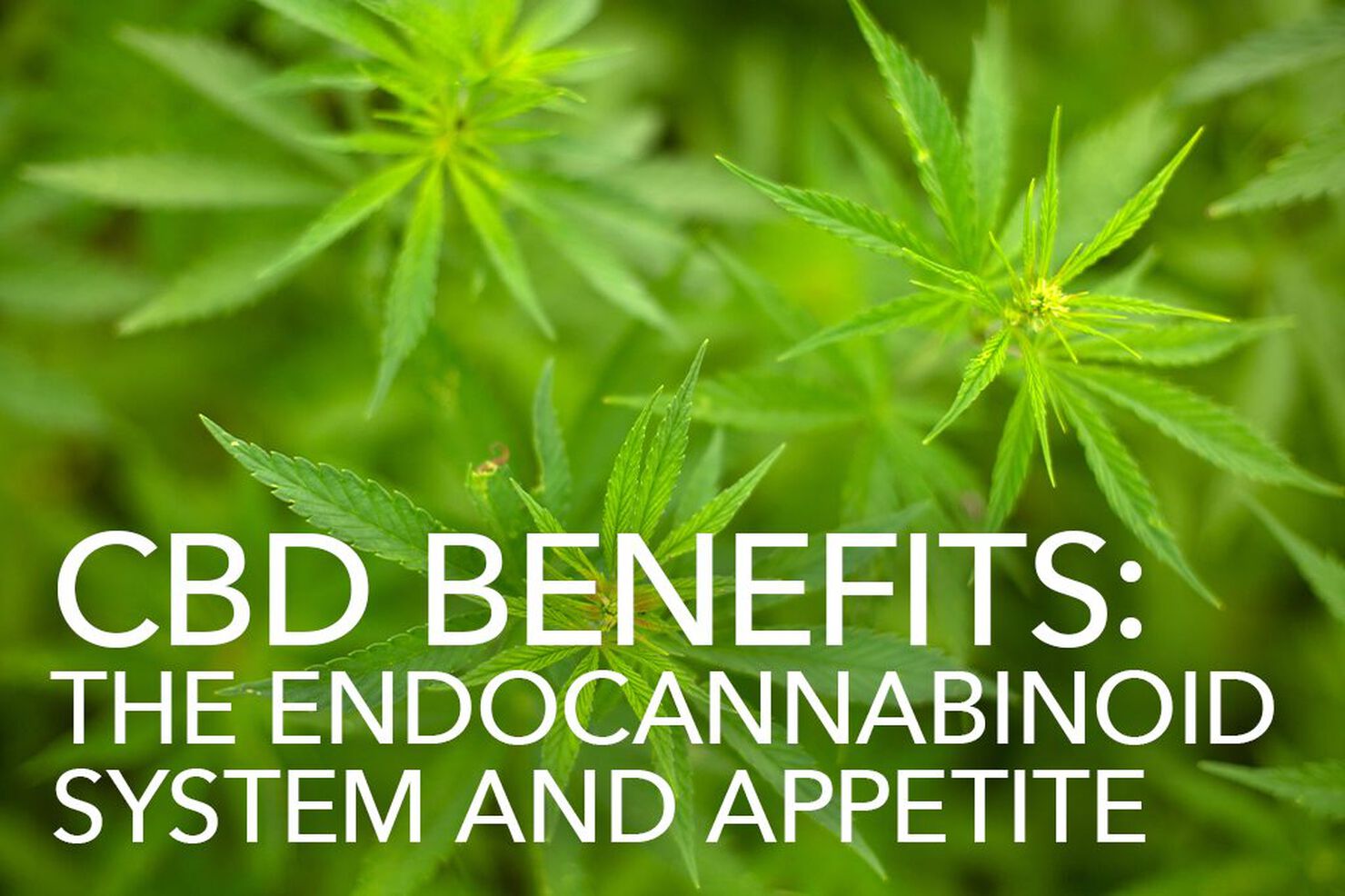 From Scooby-Doo to Cheech and Chong, pop culture is full of references to the “munchies” and cannabis users. Now that you’re considering CBD, you may wonder-- will CBD oil increase your appetite?

You want to use CBD oil to improve your health. The last thing you need is to experience side effects like weight gain.

Lucky for you, CBD is different from cannabis plants that are high in THC, in that it won’t give you the munchies. That’s because CBD acts on the endocannabinoid system (ECS) differently than fellow cannabinoid THC.

How is that possible? We’re answering that question and more with this guide to everything you need to know about CBD, the ECS and appetite.

The ECS and Appetite

The ECS is made up of receptors, called CB1 and CB2, which are the regions where THC, CBD, and other cannabinoids exert their effects. But this system is also influenced by molecules naturally found in your body. These molecules are known as endocannabinoids and include 2-AG and Anandamide (AEA).

One of the many normal functions of the ECS and its endocannabinoids is to regulate food intake and energy levels via CB1 receptors in the hypothalamus. We know this because researchers have uncovered evidence such as:

But what does all this have to do with CBD?

To truly understand the relationship between CBD and appetite, you first need a crash course in how the ECS affects hunger, satiety, and dietary preferences.

The ECS and Hunger

Hunger is a complex mechanism controlled by your brain but is influenced by many different factors. One of these factors is your resting metabolic rate (RMR), or the rate at which your body turns food into fuel while at rest, and a higher RMR is normally associated with increased hunger.

Think back to high school biology and remember that the Krebs cycle helps determine your RMR. If a glucose inhibitor is blocked, that means the Krebs cycle can use more glucose thereby increasing RMR.

The more glucose your cells are using, the more food your body needs to replace it. And that’s why you’ve always heard people with “high metabolisms” claim that they can eat anything without gaining weight.

All this goes to say that increased ECS activity in your skeletal muscles can decrease your RMR and your sensation of hunger. And while blocking endocannabinoid effects will make you hungrier, the increased RMR means you’ll burn up all that food faster.

The ECS and Satiety

Endocannabinoids not only increase hunger but they also influence desire for food. Specifically, the ECS regulates leptin. Leptin is known as the satiety hormone and satiety is the feeling of “fullness” you get after eating a nutritionally dense meal.

Further evidence for the ECS’s association with satiety comes from studies with the CB receptor blocker, Rimonabant. Rimonabant has been shown to lower self-reports of both hunger and desire for food. And this is because Rimonabant lessens activity in the ECS, which we already know leads to more leptin signaling and feelings of fullness.

In conclusion, more ECS activity decreases leptin, making it difficult to recognize when you’re feeling satiated from a big meal.

The ECS and Dietary Preference

Hunger and fullness aren’t the only aspects of your appetite affected by the ECS. Endocannabinoid activity also influences the type of foods you crave and how rewarding those foods seem.

The ECS also contributes to how rewarding food seems. In a study of rat models, CB1 blockers lowered the point at which rodents gave up food for something else. But the threshold at which they gave up food increased when the rat was given CB1 stimulators.

This means that food seems more rewarding as ECS activity increases, upping your appetite and leading to more food intake.

For those of you watching your waistline, the takeaway here is that more ECS activity may lead to cravings for sugary and fatty foods while also heightening your urge to overeat those foods.

How CBD Benefits Your Appetite

The science behind the ECS and appetite is all well and good. But what’s the takeaway? What changes in appetite should you expect when using CBD?

So far, research suggests that CBD reduces the effects of endocannabinoids at their receptors, lessening ECS activity. That means CBD may lead to increased hunger but a higher RMR, feeling full from less food, and decreased reward from high-fat and high-sugar foods.

While scientists and dietitians are waiting for more research before drawing definitive benefits, rest assured that CBD oil is safe and healthy even when you’re trying to maintain or lose weight.

Now that we’ve answered your questions, are you ready to start using CBD oil?

PlusCBD is the #1 hemp-derived CBD oil in the US because we take pride in providing you with the highest quality products possible. Check out current deals on our products and be sure to sign up for our newsletter to get all the latest CBD news delivered straight to your inbox.