CBD vs. THC: The Similarities & Differences

THC and CBD share the exact same number of atoms: 21 carbons, 30 hydrogens and a pair of oxygens. But one gets you high and the other balances you out. The difference between CBD and THC is that THC has three rings and CBD has two.

The psychoactive effects of THC led to marijuana being illegal, while the calming effects of CBD caused hemp to be the hottest thing in dietary supplements. Both marijuana and hemp are present in thousands of years of human history despite their differences.

What are THC and CBD

But we only found our endocannabinoids because the phytocannabinoids from the plant first showed us the way. The scientific mystery to solve was: how did THC get people high in such a variety of ways? Everyone was altered differently, some get goofy, some get sleepy, some get paranoid, many get happy, and people have different reactions to the same batch on a different day.

Other drugs behave differently. With things like opium, stimulants or depressants, they bind to just one or two receptors and cause predictable changes.

First, scientists had to find the molecule causing the mental effects. Despite chemist's best attempts to break down cannabis, it took until the 1940s when Dr. Roger Adams isolated CBD from the plant and synthesized THC.

Cannabinoids are a more difficult job because they’re lipids – fats – and they don’t dissolve in water like alkaloids. That’s why it took until 1964 when Dr. Raphael Mechoulam, called the father of the endocannabinoid system, to describe the full chemical structures of both these cannabinoids.

Identifying the Effects of CBD and THC

During the next decades of research, we learned that THC increases heart rate, slows reaction times and can cause dry mouth and red eyes. When taken at high levels, it can lead people into anxiety and psychosis, if they have an underlying predisposition to breaks from reality.

Positively though, THC is helpful for many types of pain, reducing muscle spasticity, improving sleep, reducing nausea, and improving appetite after chemotherapy. THC also can help people reduce their anxiety, a sign of its often paradoxical effects.

The attention of the health community focused on CBD recently, because it displays similar positive effects to THC, but without the euphoric effects. CBD oil can have potential adverse health effects – but are rare and disappear after use.

The effects of CBD can include an upset GI tract, fatigue or appetite changes. The safety of high levels of isolated CBD has been well-studied since Epidiolex's approval, a CBD drug to help with certain rare types of epilepsy. The World Health Organization agreed in their sweeping recent report. The benefits of CBD include a balanced mind, stress resilience, a healthy inflammation response, ease of occasional anxiousness, support of the guts, and a healthy sleep cycle.

And this is only a short list, CBD and THC make a sweeping amount of changes around the body and brain – but how do they do it?

A Solution to the Mystery – the Beginning 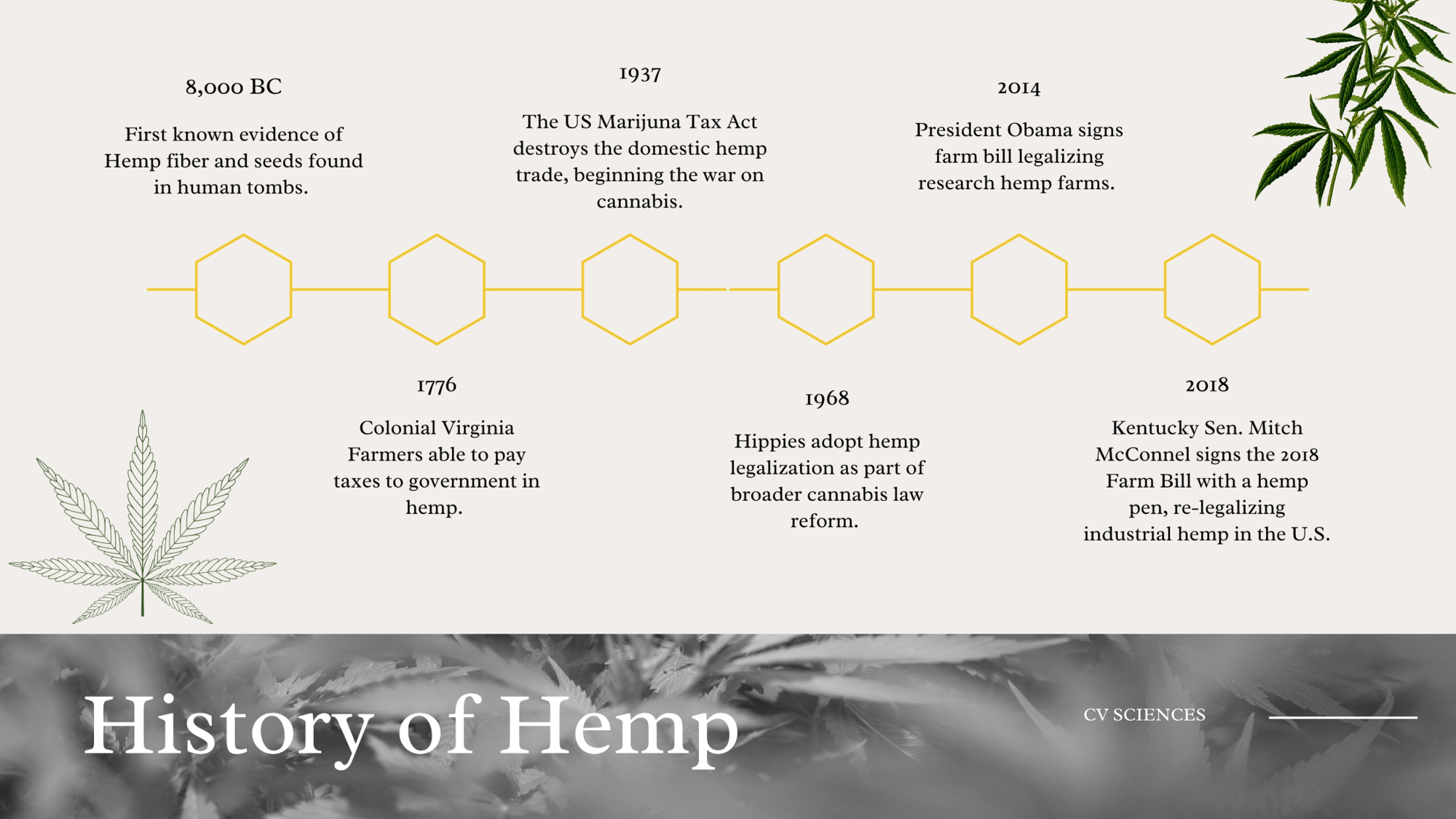 Since the ‘60s, scientists understood that THC caused the mental effects and CBD caused much of the healing. But despite lots of funding and interest, the answer eluded researchers.

By the end of the ‘80s, there were two camps: one believed that cannabinoid effects were mediated by receptors (similar to how opioids work via the endorphin receptors), and the other believed the cannabinoids changed the lipid membranes surrounding the cells. This latter ended up being right with the cannabinoids causing so many changes, because they affected how the lipid membrane transmits its messages from outside the cell.

The debate raged on until Dr. Allyn Howlett finally made a ground breaking discovery. Using a synthetic cannabinoid with a radioactive label from a Pfizer lab, she applied it to a pig brain, and examined it with an X-ray.  With those images, she could prove that the cannabinoids bind to a receptor on the cell's surface. She called it CB1, and it turned out to be one of the most widespread receptors in the mammalian brain.

Soon after, was the discovery of the CB2 receptor. It was found on every organ of the body, and seemed to interact with the immune system. But if the receptors existed, there must be something there to bind to them?

This research took more years of work – but eventually, Dr. Mechoulam and his team discovered the first endocannabinoid neurotransmitter and they named it anandamide (after the Sanskrit word for bliss). In most animals, including us, it’s found in almost every tissue of the body. Anandamide affects memory formation, sleep patterns, metabolism and gut health, pregnancy, motivation and addiction, and the transmission of pain.

After the discovery of more endocannabinoids, like 2-AG, scientists realized that the endocannabinoid system is a system of widespread importance, with links to almost every physiological process in the body. Especially it’s close interactions with the neuronal system, hormonal system, and immune system – three of the most mysterious, widespread and important systems we posses.

CBD, THC and the Endocannabinoid System

The phytocannabinoids interact with the endocannabinoids in many ways. The longer answer comes from Dr. Vincenzo DiMarzo who called the cannabinoids a biochemical Swiss Army knife. We’ll cover a selection of the effects of CBD and THC here.

The most notable effect of THC is activating the CB1 receptor. That’s what causes the feeling of being high. CBD does the opposite, acting as a negative allosteric modulator. This might be the reason that CBD has been reported to help people who have taken too much THC, and are having a rough time.

However, that’s not to say that CBD doesn’t have other effects on the CB1 receptor. One of the most important – and underreported – effects of CBD is what it does to anandamide levels. The anandamide levels are controlled by an enzyme called FAAH. This FAAH enzyme breaks down anandamide to keep its levels balanced (you don’t want too much of a good thing, even the ‘neurotransmitter of bliss’).

The presence of CBD makes the FAAH enzyme not work quite as well, and thus, the anandamide levels increase. And then the anandamide neurotransmitter activates the CB1 receptor, and does all of the other balancing things that it does.

But THC and CBD do not interact with the endocannabinoid system alone. What makes them so special is their promiscuity:

Where do CBD and THC come from?

All of the phytocannabinoids come from the mother ship: CBG, or cannabigerol. She’s the first cannabinoid produced by the hemp plant, and all of the rest derive from her. As you can see, CBG can be transformed into THC or CBD. There is a single genetic switch that controls how much of either is produced.

Human breeding has pushed some plants towards higher THC levels, for recreational and medicinal purposes, while other plants have been pushed towards richer CBD that's derived from hemp, for industrial and medicinal purposes. The plant can only physically produce so many cannabinoids, and so the genetics of the plants used make a difference in the content of the final products.

As we said earlier, the psychoactivity of marijuana led to the US government declaring cannabis rich THC to be a Schedule 1 drug – a drug with no accepted medical use and potential for abuse. Despite all scientific evidence, medical practices, and common sense, it remains in that category to this day due to the controlled substances act.

For CBD, the 2018 Farm Bill was the gamechanger. This federal legislation expressly legalized hemp – defined as cannabis with less than 0.3% THC – as an agricultural crop, as well as allowing for the production of any byproducts including for fiber, oil, or CBD extracts.

What do these CBD to THC ratios mean and what can you really do?

What are the potential effects of taking CBD?

The potential effects of taking CBD oil depend on the person taking it. Some people report feeling relaxed and sleepy, while others feel more alert. It is thought that CBD oil may help to relieve pain, anxiety, and nausea. However, more research is needed to confirm these potential benefits.

What are the risks of taking CBD?

What are the effects of taking THC?

The effects of THC can depend on the person. For some, it can make them feel happy, relaxed, and sleepy. For others, it can make them feel anxious, paranoid, and have a headache.
THC is a cannabinoid molecule that is found in cannabis plants. It is responsible for the psychoactive effects of marijuana. When THC is absorbed by the body, it binds to cannabinoid receptors in the brain. This activates the reward pathways in the brain and produces the feeling of being high.

What are the risks of taking THC?

The risks of taking THC vary depending on the person. Some people may experience anxiety or paranoia, while others may feel sleepy or dizzy.
THC can also interact with other medications a person is taking, which can lead to adverse effects. It's important to consult with a doctor before taking THC if you are pregnant, breastfeeding, have a history of mental health issues, or are taking other medications.


What is the difference between hemp CBD and cannabis CBD?

Why does CBD work better with a little THC?

CBD oil and THC oil are both derived from cannabis plants, but they have different purposes. CBD oil is used to treat medical conditions such as epilepsy, while THC oil is used to get high. The two oils work better together because they interact with more endocannabinoid receptors. Together, the two oils provide relief for a wide range of support.

From the science done, it seems that CBD and THC help each other to work better. That’s why CV Sciences is proud to produce CBD-rich hemp extracts that contain the trace amounts of THC allowable by law.

We invest in research to understand the effects of CBD, and the other cannabinoids on humans. We’ll continue to lead the field in this because we believe in the healing power of hemp. Check out our CBD products to start your journey today.