What is CBD Oil?

There are many ways to describe CBD Oil. CBD is a cannabinoid from the hemp plant. It’s a fatty lipid with two rings and a long tail. Or, CBD the key to opening up our endocannabinoid system.

CBD was discovered in 1940 when Dr. Roger Adams found one of the cannabis plant’s molecules that, along with THC, made up most of a cannabis extract. It took until 1963 for the final structure of CBD to be identified – and then the work began in earnest.

Scientists discovered the endocannabinoid system – all the cannabinoid receptors and neurotransmitters we have across all of our organs – and realized that CBD interacted with them in a special way, as well as working alongside important neurotransmitter systems. As Dr. Vincenzo DiMarzo says, “CBD is like a biochemical Swiss Army knife.”

What Does CBD Stand For? 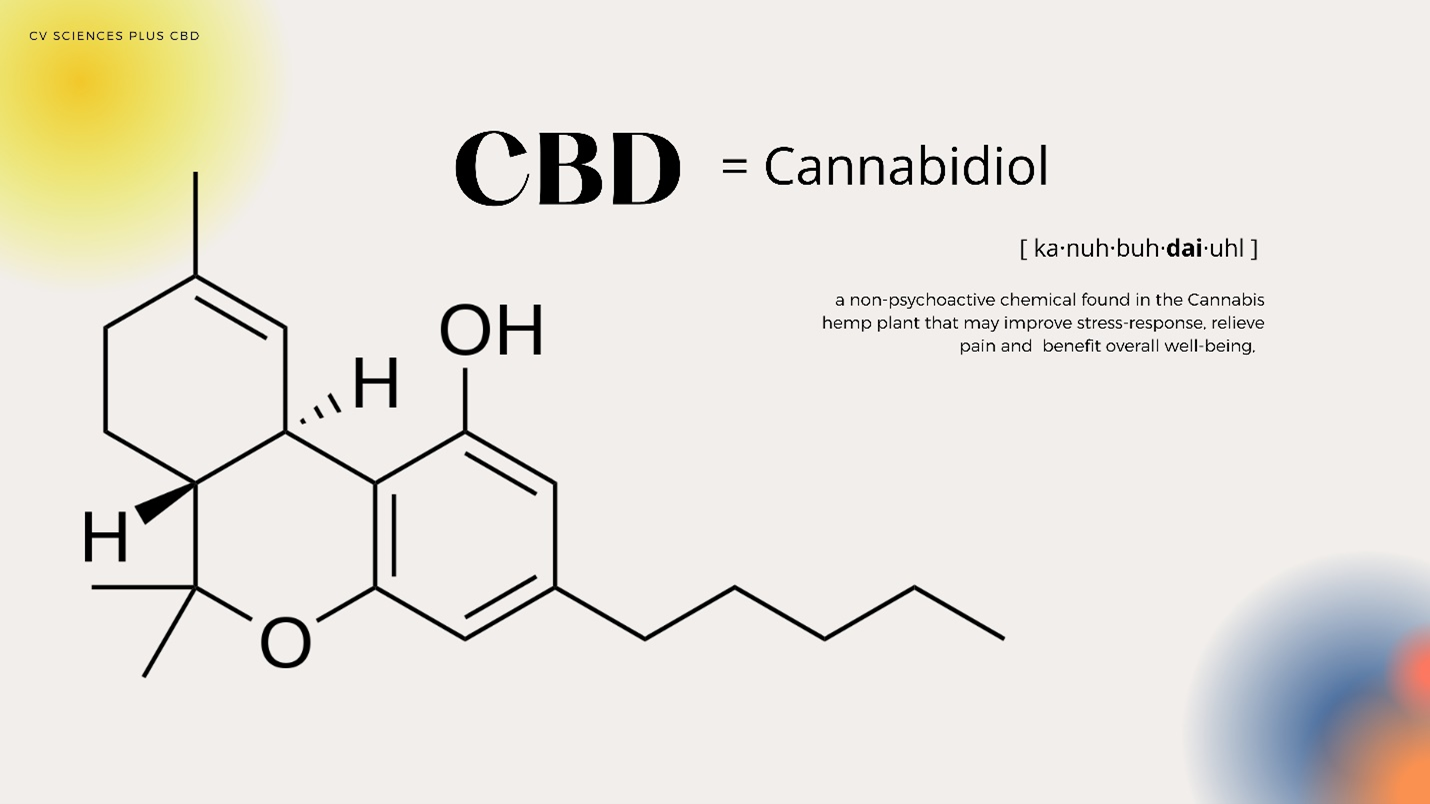 CBD stands for cannabidiol. It’s a phytocannabinoid – a cannabinoid from the cannabis plant – versus the endocannabinoids that our bodies produce such as anandamide (AEA) and 2-AG. Anandamide is sometimes called our ‘neurotransmitter of bliss’ (Ananda is the Sanskrit holy word for bliss) and is key to the story of CBD.

Higher levels of anandamide help to activate your endocannabinoid system, often referred to as your system of balance. One of the powers of the cannabinoids and the endocannabinoid system is that it works via lipids – fatty slippery molecules. They’re a nuanced signaling system where even small amounts of change can be detected by your neurons and cells to adjust their behavior. It results in gentle adjustments to mental health for occasional anxiety, regulation of digestion and metabolism, exercise-related stresses and aches, and protecting the brain as it ages.

With deep connections to the immune system, the hormonal system, and the neuronal system, the endocannabinoid system connects three of biggest and most mysterious systems that make us human. Activating it seems to spread balance through the body and mind.

But if it CBD Oil is that good, why all this hubbub about legality? It’s because of the War on Drugs and the controlled substances act, a historically controversial affair that made ‘marijuana’ illegal despite all medical and cultural evidence to the contrary.

You can divide cannabis into two main types: one type is hemp, which is high in CBD and low in THC, and the second type is marijuana, which is cannabis that’s bred for high levels of THC. Because both hemp and marijuana can look the same, smell the same, and interbreed, the illegality of high THC cannabis made hemp federally illegal for most of a century.

Interestingly, the walls began to fall for marijuana before they did for hemp. The medical marijuana movement launched in 1996 when California’s Prop 215 passed by ballot initiative, known as the Compassionate Use Act.

For hemp, the shackles didn’t come off until the 2018 federal Farm Bill legalized hemp production and designated hemp as any cannabis plant with less than 0.3% THC by dry weight. This allowed CBD to join the rank of dietary supplements produced from plants that go far back in human medical history. CBD-rich full spectrum hemp products are now fully legal under federal law.

The industry is still waiting for clarity on CBD Oil related regulations from the food and drug administration, such as if it's allowed in food and drinks – but it’s clear that well-made dietary supplements that go through multiple rounds of third-party testing, adhere to accurate labeling practices, and abide by Good Manufacturing Practices will continue to be seen as the safest method for delivering health. We do have a collection of every state's current CBD laws so you can see if it's legal near you.

What is CBD Oil Good For? 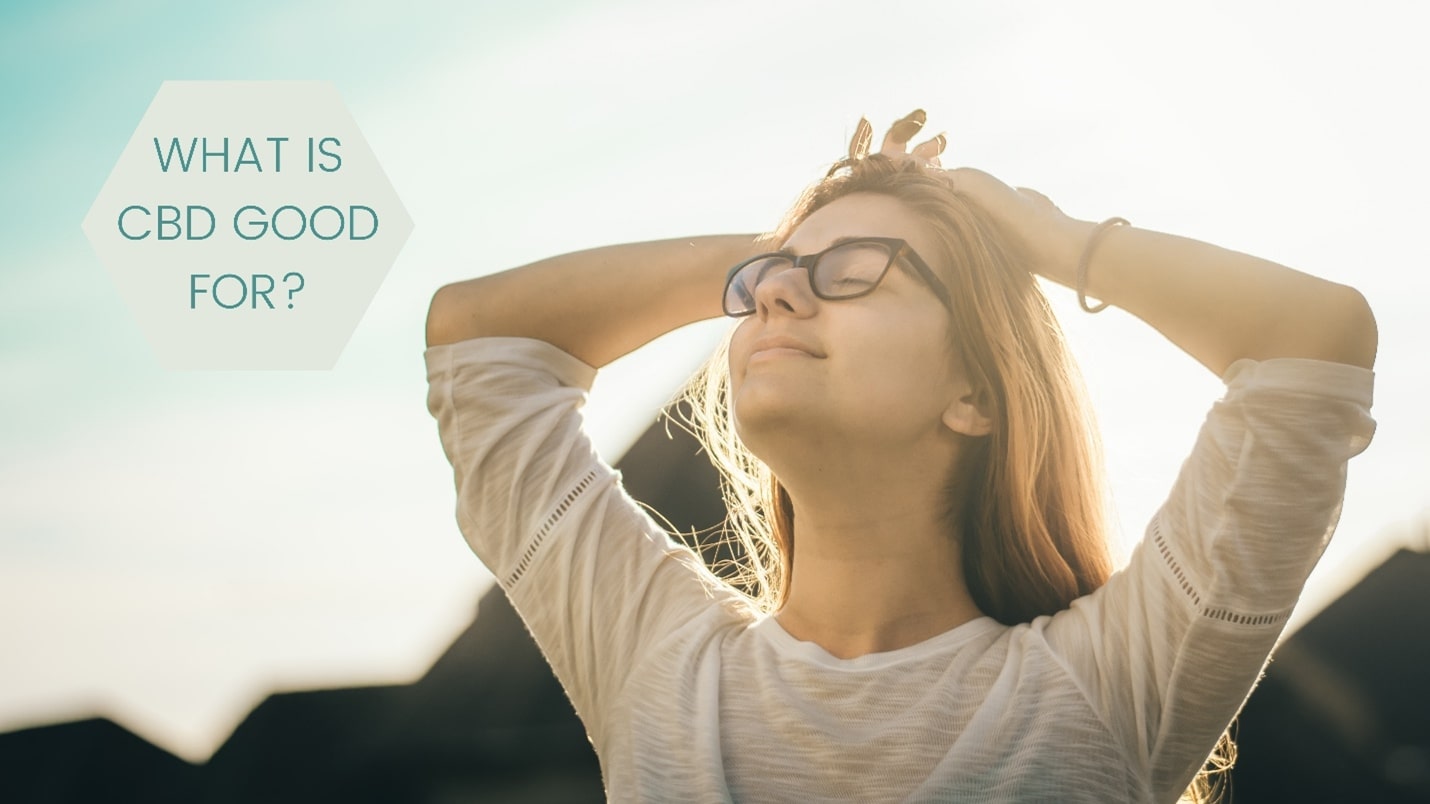 While we make no medical claims for these CBD Oil products, we don’t need to. You’ve heard from friends or family members how it works for them. You might have seen the surveys of patients expressing satisfaction for its range of benefits.

There’s a reason that CBD-rich hemp extracts are one of the hottest products to ever hit the dietary supplement world – and it’s because they work. There’s no smoke about CBD without a roaring fire.

How Does CBD Oil Work?

And the fire burns so hot because of the many different fuels provided by CBD. CBD modulates so many different pathways in human biochemistry that it makes it frustrating for the researchers to identify which pathway underlies which positive effect.

As mentioned above, CBD increases levels of anandamide to calm the brain. CBD does this by partially deactivating an enzyme called the FAAH enzyme that’s responsible for breaking down anandamide. With this enzyme not functioning as strongly, the levels of anandamide, our neurotransmitter of balance, gently rise. It’s a delicate dance that speaks to the subtle nature of the endocannabinoid system.

Once it’s there, 2-AG has some interesting effects on the brain. Unlike most neurotransmitters that flow in the direction of information, from the axon (or mouth) of one neuron, to the dendrite (the ear) of the next one. 2-AG travels backwards across the synaptic cleft, between the neurons, and tells the neurons upstream to calm down, to slow their firing, that the message has been received. It’s the brain’s homeostasis system to prevent overactivation.

Whenever a neuron starts to get hot, the endocannabinoid senses it and immediately produces neurotransmitter endocannabinoids like 2-AG and they travel backwards to calm down the neuron sending the message. It’s a vital protective piece of neurochemistry that we’ve only learned about in the last decade or two. So you can see why so many people use CBD to calm their minds in various ways. Check out our Calm Gummies today to try for yourself

And that’s just one piece of the endocannabinoid system. It’s also a master regulator of everything from eating and growth to learning and development. And CBD does much more than just interact with it.

Here is a Chart from the Prof of Pot on the receptor targets of CBD vs. THC

CBD interacts with two of your serotonin receptors, ‘the neurotransmitter of happiness’. CBD works with your dopamine receptor that helps control behavior, impulses and rewards. It modulates your endorphin system that help to transmit the signals of pain. And for all you neurochemistry fans out there, it affects both the glutamate and GABA neurotransmitters.

Lastly, and crucially, CBD binds to the nuclear receptors known as PPARγ. These receptors live on the cell’s nucleus and help to control genetic transcription. The presence of CBD can alter the transcription for hundreds of genes, turning them off and on, depending on what’s needed. What’s a good biochemist to do, when CBD shifts hundreds of proteins up and down?

It’s too complicated to make sense of it – but you can measure how much it helps. CBD’s ability to protect the brain, balance the body, and enable a healthy immune response happens when all the pathways above work together for good.  We know CBD works – but we don’t always know how it works

Is any product safe for everybody?

Of course not, nothing agrees with everybody. But CBD and CBD-rich hemp extracts do possess a remarkable safety profile. Here at CV Sciences we performed and published a post-market safety analysis of the adverse reactions to our CBD products.

Remarkably, of 5 million bottles sold, only 1,400 people reported any problems – 0.03%. Of that 0.0%, it was mostly a stomach disturbance that went away after discontinuing use. A large amount of research has been done on the safety of isolated CBD at high levels because of Epidiolex's approval – a pharmaceutical CBD product used for the treatments of certain rare types of epilepsy.

In addition, a thorough review by the World Health Organization found CBD to be “generally well tolerated with a good safety profile.” They found no evidence for addition potential and declared that “to date, there is no evidence of recreational use of CBD or any public health-related problems associated with the use of pure CBD.” Please see our post on the potential effects of CBD for a through rundown on the safety profile of CBD-rich hemp extracts.

How is CBD Oil Made?

CBD Oil is derived from hemp. Humans have been doing it for thousands of years: throw some hemp in alcohol, and enough of the cannabinoids will be extracted to make it effective, especially if you have access to large amounts of hemp because it grows wild and domesticated around you.

But to produce a reliable CBD-rich hemp extract from a notoriously varied botanical is difficult. Small changes to growing conditions can have major effects on cannabinoid levels. To produce a product with the exact serving size of CBD Oil on the label takes triple-checking all the processes and paperwork, as well as rounds of internal and external testing by labs.

It’s unfortunate that the CBD industry is still plagued by unclear regulations that allows unreliable operators to offer products that haven’t tested for heavy metals, or pesticides, or under label for cannabinoid content. It means that our friends and family who are reluctant to try CBD only give it one show, and are disappointed because they received a product that wasn’t up to quality.

At CV Sciences, we commit to an industry leading safety and testing control regimen, and that’s why we have many major retailers who are proud to feature our products. We know that these CBD-rich hemp extracts are one that you can trust for your health and for the health of your family.

That’s what CBD is: a gateway to health through the wonderland of the endocannabinoid system. We believe in the power of CBD Oil so much that we built the best company in the industry to bring you CBD-rich hemp extracts. They can enhance the health of you – and your family – and allow you to love your best possible life. See for yourself today why CBD is helping people every day.