What is the Entourage Effect, and How Does it Work?

How do the cannabinoids from hemp (and all the plant’s other molecules) interact with our endocannabinoid system?

Well, how does an orchestra interact with an audience?

You can study it your whole life – and get a good sense of what’s going on – but no orchestra conductor or endocannabinoid scientist will ever think that they have it all figured out. 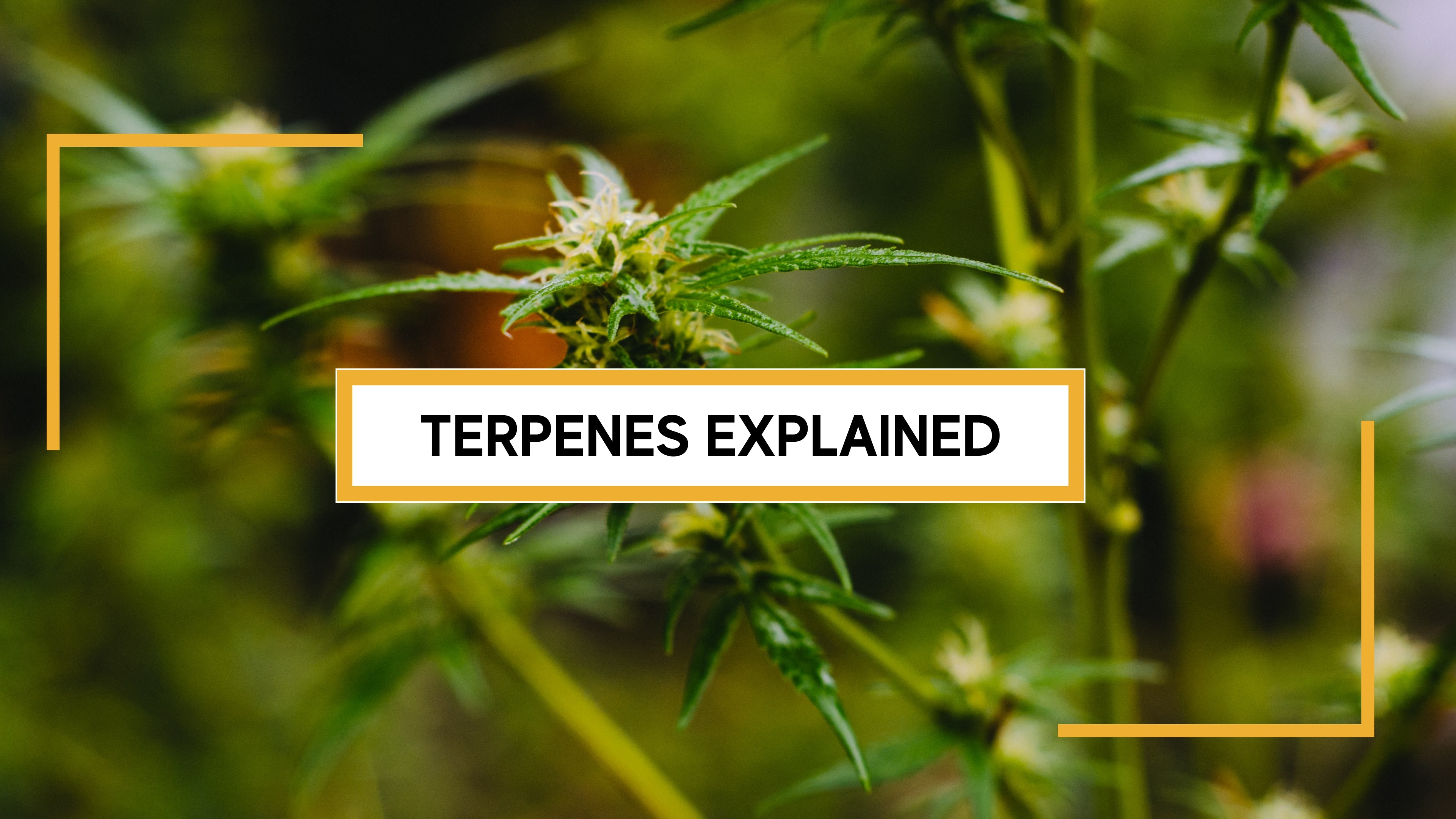 The terpenes of the cannabis plant are similar to the woodwinds of the orchestra. They give color to the entire performance with their earthy range of sounds. Terpenes are not unique to the cannabis plant. Because they give the smell to the plants and flowers that we love, terpenes might be the most widespread class of organic molecules in nature.

Over 20,000 terpenes have been identified, and plants utilize them for a wide range of important actions such as attracting pollinators like bees, making plants taste unpleasant to grazing animals, communicate distress (the smell of freshly-cut grass is the smell of a plant yelling ‘danger’), the control cell growth, and to protect from too much sunlight. But terpenes aren’t just useful to the plants that produce them.

For the human nose, the terpenes present a kaleidoscope of smells. For instance, linalool is the terpene that makes lavender smell so nice – and just a slight whiff of it has a calming effect. Limonene smells like lemons, while α-Pinene gives the smell to pine trees and borneol to mint.

On their own, terpenes have been found to be anxiolytic, antidepressant, anti-inflammatory, analgesic, hormonogenic, antidiabetic, antitumoral, and immunomodulatory.

A unique feature of cannabis is that it possesses an especially wide palette of terpenes. Connoisseurs of recreational cannabis prize the plant for its range of smells. In fact, it’s the terpenes that differentiate the different cultivars (often called cannabis strains).

The levels of THC and CBD are often in the same range. What makes the psychoactive effect different is the minute presence of an array of terpenes. Not only do the terpenes exert their own effects in the human brain, they alter how the cannabinoids affect us. This contributes to the medical and recreational effects of cannabis, and also the health benefits of hemp extracts.

How the Entourage Effect Works

In the late 1990s, Dr. Mechoulam, known as the father of the endocannabinoid system, and his colleague Dr. Shimon Ben-Shabat, proposed the term ‘entourage effect’ to explain how the various ‘inactive’ metabolites in cannabis worked with active ingredients to make them more efficacious. To explain, we’ll return to our metaphor of the symphony and its audience.

CBD is the singer – perhaps Ella Fitzgerald – who leads the show. By herself, Ella can do amazing things with her voice and take you all over the map. CBD does the same, it modulates the cannabinoid receptors and increases the levels of anandamide, interacts with a number of the most important neurotransmitters in the brain including serotonin, dopamine, GABA and glutamate (the most common excitatory and most common inhibitory neurotransmitters), affects the mitochondria (the powerhouse of the cell), the properties of the lipid membrane around the cells, and genetic transcription in the nucleus. All alone, CBD and Ella can transport you.

But give them a strong back up band and the symphony reaches new heights.

The synergy of cannabinoids and terpenoids 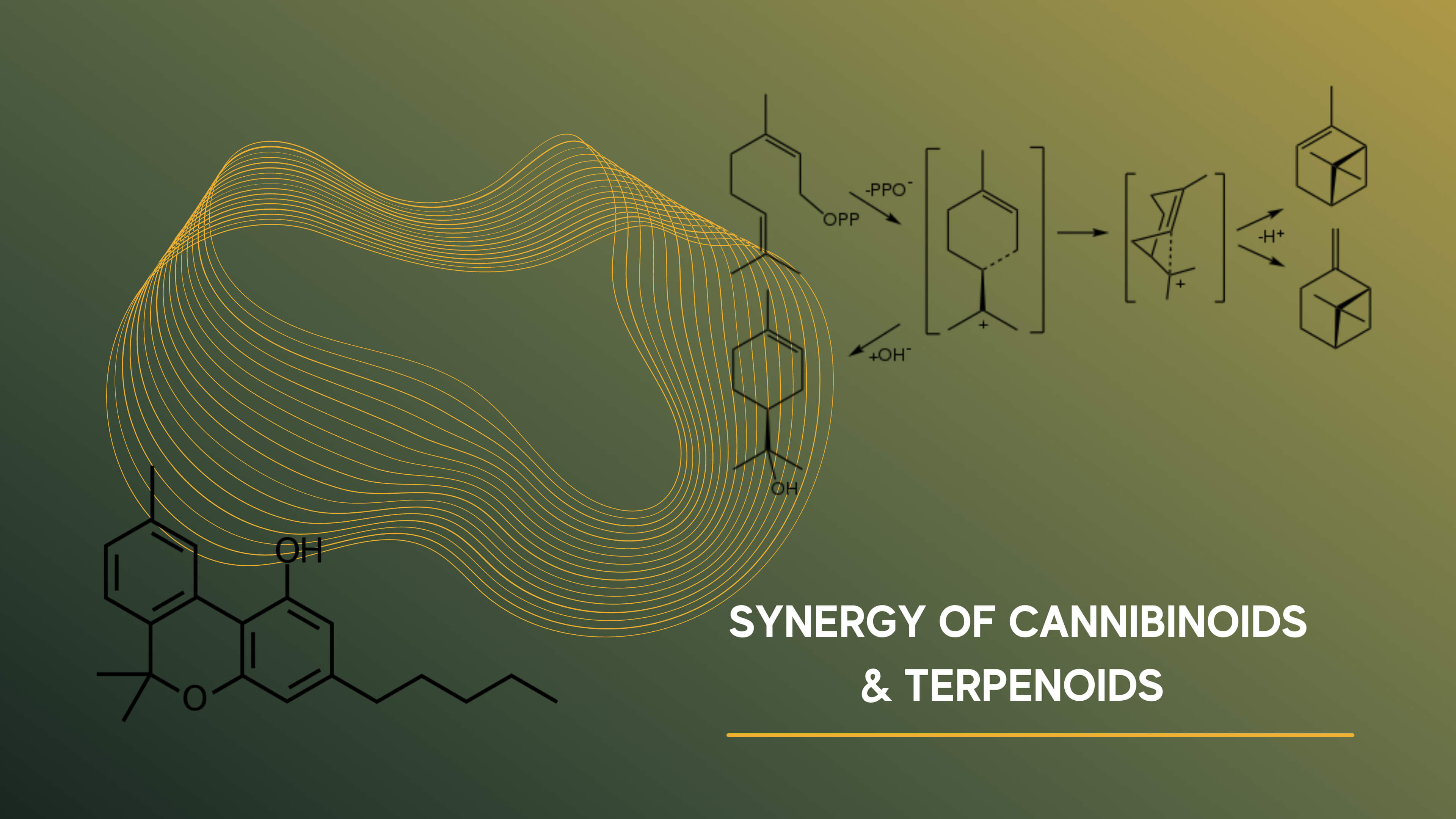 This recent review shows the myriad of ways the essential oils (the distillation of plants that are rich in terpenes) affect the endocannabinoid system.

The best-studied is beta-caryophyllene (which happens to be the most dominant terpene in our hemp extracts). This Terpene is also a cannabinoid, which makes it unique. When eaten in things like black pepper, beta-caryophyllene binds to our CB2 receptor.

This helps to modulate the immune system, our responses to stress, protection of the brain, and enabling a healthy inflammation response. This Terpene is also a cannabinoid, which makes it very unique.

When the inhalation of cedarwood helps to control pain, it does so via the CB1 and CB2 receptors. The effect is prolonged by the inhibition of FAAH and MAGL. And the list goes on…

A typical hemp plant contains dozens of terpenes and their presence affects the endocannabinoid system itself as well how the cannabinoids from the plant bind to our receptors. Together, we make a beautiful symphony.

What ratio of THC to CBD is best?

Never a more personal question has been asked. CBD alone is variable enough in its effects. For instance, on sleep and energy levels, CBD affects everyone differently. Some find it nice and activating, some find it perfect before bed, and some find that it doesn’t affect their sleep or energy levels at all. But THC makes CBD look positively predictable.

This being said, we believe in the power of THC. We’re proud that our full spectrum hemp extracts contain the tiny amounts of THC that’s allowable under federal law. We understand that some people’s employment situation or extreme sensitivity to THC make them want to avoid trace levels of it – and that’s why we created our Happy Lane CBD product line with 0.00% THC. But for everyone else, we believe that these microdose amounts of THC help to enhance the health effect of CBD.

This aligns with the human history with hemp. It’s difficult to exactly measure the cannabinoid ratios in hemp medicines used throughout history – but they seem to be large amounts of CBD with small amounts of THC.

So, when you read about hemp in Materia Medica by Shen Nung, the father of Chinese Medicine, or being a staple for Arabic doctors during Islamic Science’s Golden Age, or when you see hemp in the famous European pharmacopeias, it’s likely that the hemp they utilized resembled the hemp that we use today.

The reason that our dietary supplements are hemp-based, instead of recreational cannabis high in THC, is because that’s the only way to distribute them countrywide. One of the most onerous things you can do in the United States is selling high-THC cannabis in medical or recreational markets in multiple states. We use hemp that’s high in CBD and low in THC so we can spread the healing power of cannabis across the country.

How PlusCBD Products Take Advantage of the Entourage Effect

Our PlusCBD products harness the power of the entourage effect because we use a gentle CO2 extraction process to preserve the delicate terpenes, save the many cannabinoids, and retain the rich fatty acids, flavonoids, and alkaloids. Extraction using CO2 is more art than science. There are many variables to tinker with, and while anyone with the proper equipment can extract a reasonable amount of cannabinoids, it takes an experienced master to find the sweet spot that yields the highest array of botanical components.

That’s why our customers keep coming back to us, and why the word keeps spreading to keep us as the best-selling CBD hemp brand in the United States. *

*according to the latest SPINS data

Try one of our CBD oils, CBD capsules or CBD gummies today to see why and find out what CBD hemp oil can do for your health.